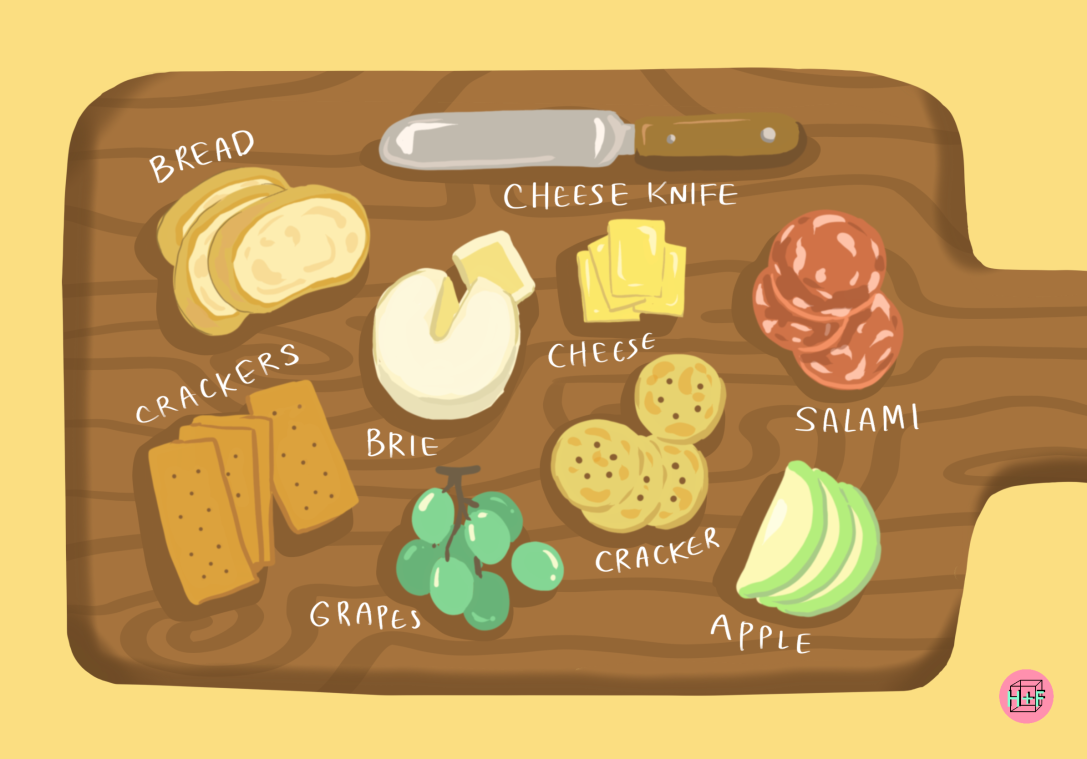 Happy new year everyone! 🥳🎉 What do you get during winter break in a house full of hungry and bored university students? Lots and lots of charcuterie & cheese boards. I made this graphic for a close friend of mine for their birthday to honour their unconditional love for charcuterie boards. I wanted to make a quick post to share this fun graphic I made!

The word “Charcuterie” stems from 15th century France (according to various blogs and Wikipedia) where a specific guild was responsible for the production of salted and dried meats – referred to as “charcuterie”. On the other hand, cheese boards are enjoyed by the French and British. The French often have a cheese board before dessert, while the British prefer cheese after dessert. It appears that charcuterie boards emerged between WWI and WWII as a dish enjoyed by the upper class (source). Nowadays, charcuterie cheese boards have been popularized and often include all kinds of ingredients, some perhaps unorthodox. I’ll bet the elite class enjoying charcuterie boards during the interwar periods won’t have predicted seeing vegan cheese and vegan meat on such a platter. The beauty of charcuterie boards is that you can make your own, tailored to your taste. Furthermore, the meticulous process of assembling your board is ultimately rewarding if you achieve an aesthetic product. Thus, if you are ever bored during the holidays, try making a charcuterie board!

Incoming UBC med student and recent undergrad at Queen's. Navigating life and all of its peculiar corners. I love anatomy, coffee and doodling. Favourite emojis: 🤠 😇🤙